Dr. Bharat Patankar’s Maharashtra Sculptor Nana Patil, Hindu or Indus? , the point is to change the world. Free Economy and Class, Caste, Sexual Exploitation, Mahatma Phule and Cultural Struggle, Alternative Development Policy, as well as Kavita Zepawane Panchachi (Kavita Samracha), etc., have 24 Marathi books in his name. He has presented his theses in many national and international seminars. He has been honored with many awards like Baburao Bagul Gaurav Award, Dalit Friend Award, Arun Limaye Memorial Youth Award, Social Gratitude Award. The Committee of the 14th Rebel Sahitya Sanskrithi Sammelan to be held in Pune feels that due to his election as the president, the intellectual workers who work in the cultural field and the movement are honored, said Nitin Pawar, Convener of the Committee, Ayu. Manav Kamble, Com. Lata Bhise, Com. Medha Thatte, Tamanna Inamdar, Co. Dhanaji Gurav, Dr. Jalindar Ghige has done.

In social and cultural movement of Maharashtra Dr. Bharat Patankar’s participation and contribution has been important. Taking the initiative to establish Krantiba Phule Cultural Forum, many anti-caste cultural programs in Mumbai. India was organized by Patankar. While being active in the labor movement in Mumbai, Dr. Patankar has also been at the forefront of the street drama movement. At the same time Orientalist Com. Dr. Sharad Patil’s initiative in the establishment of Dalit Tribal Gramin Sahitya Sabha. Bharat Patankar has been involved. On behalf of this movement, many Dalit, tribal and rural literature meetings have been successfully organized. And their participation in it has been important. What is special is that Dr. along with many others helped to create the storm called mutiny that stood in Maharashtra as the twentieth century progressed. Bharat Patankar’s role has been decisive. He has been instrumental in the planning of the first rebel literary conference held in Dharavi, Mumbai. He has also participated equally ably in the formation of the rebel cultural movement. And in defining the role of the insurgent cultural movement, giving it a philosophical foundation and a new cultural identity, Dr. Bharat Patankar’s ideological contribution has been important.

Born in a family that fought for freedom

Dr. Bharat Patankar inherited fighting from his parents. Krantiveer Indutai Patankar and Krantiveer Babuji Patankar were the parents of Bharat Patankar, freedom fighters who were active in the anti-government movement of Satar. Dr. Bharat Patankar was drawn into the labor movement while studying for MD after completing MBBS. He became active in the revolutionary group Magova. Despite having a doctorate degree, he did not practice a single day in his later life as he was determined to become a full-time worker. From 1973 to 1976, he was active in the trade union in Mumbai. His participation as a prominent activist has been important in starting the first time in Maharashtra to organize the struggle for the establishment of drought relief movement through Mukti Sangharsh movement in Sangli district.

Baliraja Smriti Dam, Equitable Water Distribution Alternative Agriculture Drought Relief Policy, Water Struggle Movement in Thirteen Drought Talukas, He also worked for the rehabilitation of dam victims through Maharashtra State Dam and Project Affected Farmers Council as well as Shramik Mukti Dal and resolved the issues of rehabilitation of many dam victims and the issue of providing water to the land. planted

Aadhaar Card Update: Major Change in Aadhaar Card Rules; If you don’t need to do this now…

Writing the booklet Hindu Ki Sindhu, organized the Elgar Morcha Sanghatan and Anti-Bigotry Conference in front of the Mahatma Phule Palace in Pune on behalf of the rebel cultural movement. This is where the Hindi Hai Hum Hindosta Hamara movement was born. Dr. Bharat Patankar also started Badve Product Movement on behalf of rebel cultural movement as well as Vithoba Rukmai Mandir Mukti Andolan. Later, under the leadership of the Shramik Mukti Dal, Vithoba Rakhumai Mukti Andolan was started with a stance to stop the worship of Vithala performed by Purushasukta. In this also Dr. Bharat Patankar’s participation has been important. Dr. In this movement and struggle of Bharat Patankar, his wife internationally renowned researcher, sociologist Smritishesh Dr Gail Omvet alias Shalaka Patankar also got strong support.

Thackeray-Gandhi together for the first time in a public event; Aditya will be seen in Bharat Jodo Yatra today

Taking the position that there will be no overall revolution in India without the end of the caste system, Dr. Bharat Patankar presented a concrete role of caste end in the book End of Caste System. In order to take steps in that direction and not just to present a position, Satyashodhak Farmer Labor Union and Shramik Mukti Dal jointly organized conferences on caste anta. His initiative has also been important in establishing the social oppression prevention movement. The agitation which took place in connection with taking the decision of the state government to remove the priest from Ambabai’s temple in Kolhapur. In that, Dr. Bharat Patankar was instrumental in starting Ganmata Ambabai Mukti Andolan. The battle for Ambabai’s overall liberation is still going on. Dr. Under the leadership of Bharat Patankar, the agitations of dam victims, drought victims and windmill victims are continuing. And they have come to a crucial stage. At the same time, he fought against SEZ in Alibaug area.

Rishabh Pant forgot to sacrifice in the pain of defeat for India, did a great performance when his career was in danger

Udayanraje Bhosale: Udayanraj’s troop over encroachment near Afzal Khan’s grave, ‘those who wanted to remove…’

The MLA said he was not angry, but he spoke a lot while disclosing and even warned! 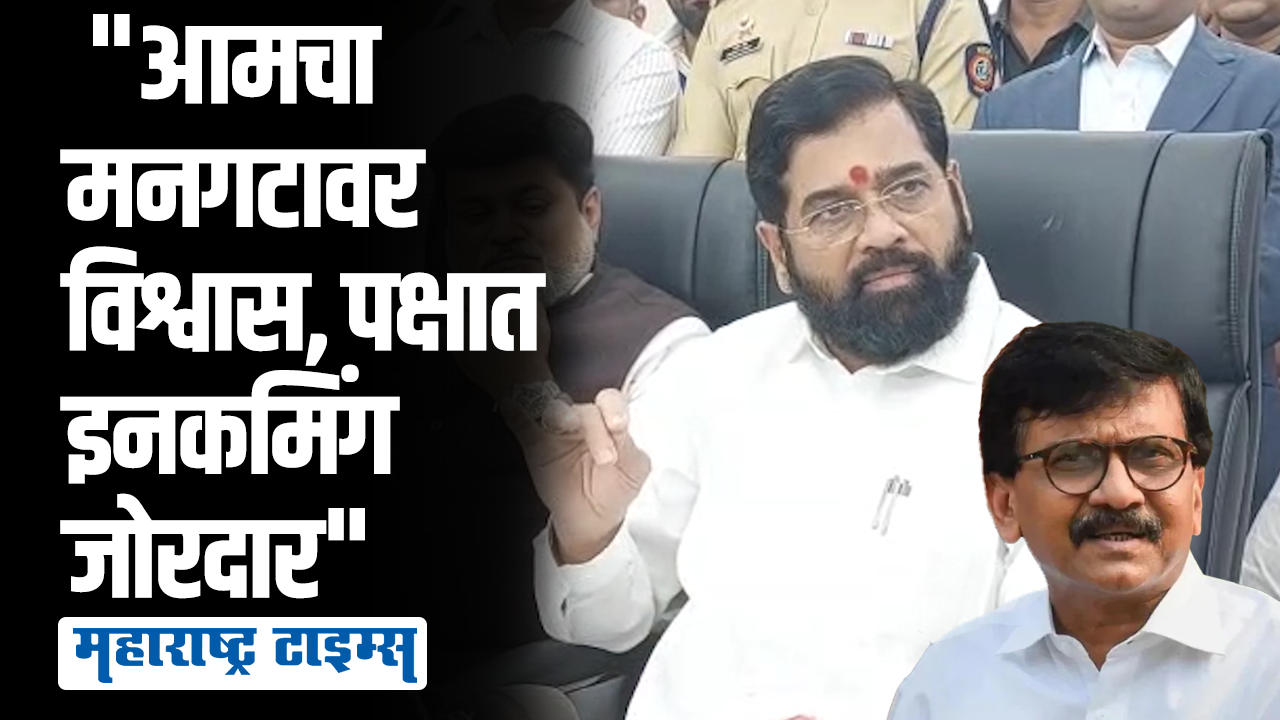 Our wrist has the power to change the lines on our hands, Chief Minister’s reply to Sanjay Raut

Strength in our wrists, we don’t need to show our hands, Shinde counters

Overheating can cause major damage to the laptop, use these tips to keep the device cool

At last the barrier between Sai Baba and the devotees was removed; Darshan can be obtained by touching the Samadhi